Google stocks boost up as it gets a new leader.

Google’s parents have officially decided to step back and enjoy their child’s growth from a distance. Larry Page and Sergey Brin have chosen to move on from their posts as the Alphabet CEO and President, respectively. The alphabet was established in 2015, by the founders of Google and became the parent company of Google and other holding companies of Google. 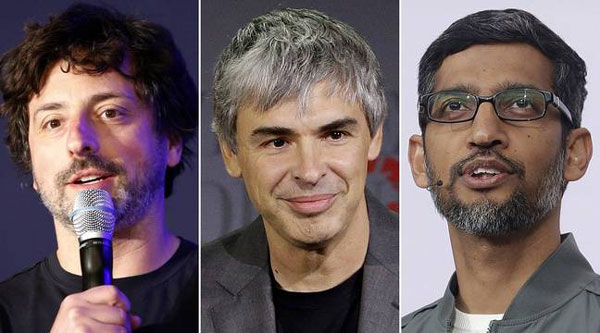 Google’s CEO, Sundar Pichai will now also take-up the office of Alphabet as it’s new CEO. This means that Pichai will now be responsible for the whole $850 billion dollar company which includes not just Google but also the “other bets” which incorporates Waymo, Celico, X, Verily and other companies.

“While it has been a tremendous privilege to be deeply involved in the day-to-day management of the company for so long, we believe it’s time to assume the role of proud parents—offering advice and love, but not daily nagging!” – Larry Page and Sergey Brin

With this letter, Larry Page and Sergey Brin have officially backed down and given the helm to Sundar Pichai. This also had a tremendous effect on google stocks (GOOG). Investors are pretty excited and so is Wall Street for Alphabet’s new leader. It was reported that on 5th December 2019, the Alphabet’s target price was increased from $1,325 to $1,525.  Investors believe this change in the command of management will improve administration and promote greater transparency.

With the parents moving on and Google stepping in the adult age (Google is 21 years old), it will be very interesting to see what is next for Alphabet and how it affects the Google stocks. What are your opinions? Was it the right move? Tell us about it in the comments.

Celus raises €1.7 million in Funding from Speedinvest, others